The daughter of an OFW becomes the first Pinoy mayor in England, bringing pride to Filipinos across the world.

A lot of voters in various places around the world prefer locals when voting. Many trust the names they know, the faces they are familiar with. But a number of Pinoys have made a name for themselves after getting elected into a position in the government.

Many of them start low but some make it to higher places.

Just like Cynthia Alcantara-Barker who made history in 2015 after becoming the first Pinoy councilor in England. She went viral for this feat, particularly because it is rare for a Filipino to win a political position outside the country.

Years later, she would make history again after becoming the Deputy Mayor of Hertsmere Borough in 2019. This made her the first Pinoy to attain such position in England.

But she did not stop there. Instead, this Pinay made everyone proud again as she attained the position of Mayor! Just like her previous titles, she has also become the first Pinoy elected as Mayor in England. 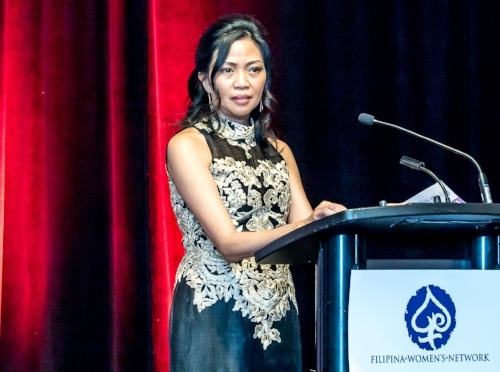 The daughter of an overseas Filipino worker (OFW), Cynthia grew up in San Pablo City, Laguna. She was able to complete her degree in Industrial Engineering at Adamson University before finding a job and migrating in the United Kingdom (UK).

It is her OFW mom who helped her find a job in the UK where she eventually got married and became a politician. It is wonderful that she has made history in the UK. Truly, she has made Pinoys around the world proud!

Can OFWs Bring Their Family Abroad?

Yes, it is possible for OFWs to bring their families abroad. However, this will depend on a lot of factors, including the type of job and position they have, the country they work in, their financial capacity to support a family abroad, and many others.

Obviously, domestic helpers would not be allowed to bring their families along or have families abroad.