Home
News
OFW Goes Home for Good, Gets Thrown Out by Wife for Being Jobless

It is the dream of many overseas Filipino workers (OFWs) to go back to the Philippines for good and be with their families, after having provided them with a good life but for one OFW from Saudi, the dream didn’t play out as he had expected.

An OFW for a number of years, Nonilo Naingue sent his family Php15,000 ($300) per month, reported Trending News Portal. But it would seem that the money was not enough for his wife as she threw him out of the house when he quit his job for good.

Nonilo said that he had worked hard in Saudi to provide money for his family but when he got back home, his wife was not happy that he decided to stay in the Philippines. The OFW had hoped his wife had saved some of the remittance he sent but he claimed he was even forced to give her his Php80,000 ($1,600) savings when he arrived. 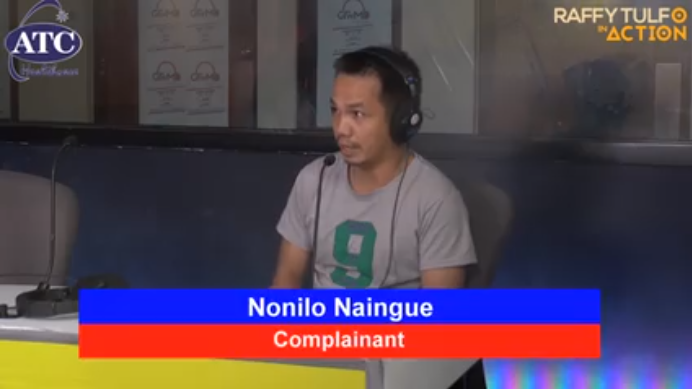 But Nonilo’s wife, Jonalyn, claimed he only gave her Php20,000 ($400); although she admitted that they did throw a party for their child’s baptism.

The two aired their grievances in front of Raffy Tulfo, with Nonilo claiming that his mother-in-law could be the biggest influence in Jonalyn’s change of heart.

Raffy advised the two not to blame each other on money woes and to talk it out, without the mother-in-law, but Jonalyn refused as she said her mother helps her take care of the kids. Even when Raffy offered to pay for a nanny just so they would be together as a couple again, Jonalyn refused. 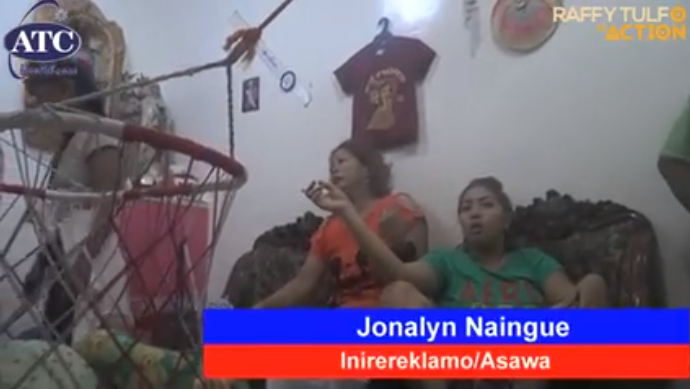 Jonalyn even mocked Nonilo for being ‘overaged’ that’s why he couldn’t find a job in the Philippines but she tore his papers for abroad during one of their fights.

The couple found no resolution even after Raffy trying to smooth things out. The only good thing that came from the meeting was that Nonilo was offered a job at the Municipal Livelihood Training Center.