An OFW pranks parents with fake Shopee delivery – and their tearful reunion quickly went viral, with many OFWs (overseas Filipino workers) wishing they could also go home and hug their parents.

So many people are unable to go home due to the pandemic. This situation is especially heartbreaking for OFWs who are only able to go home and be with their families every few years.

But this has also given many OFWs a chance to surprise their parents who have no idea that they are coming home. It’s easy to tell parents that the OFW can’t go home due to travel restrictions – then surprise them by actually being home! 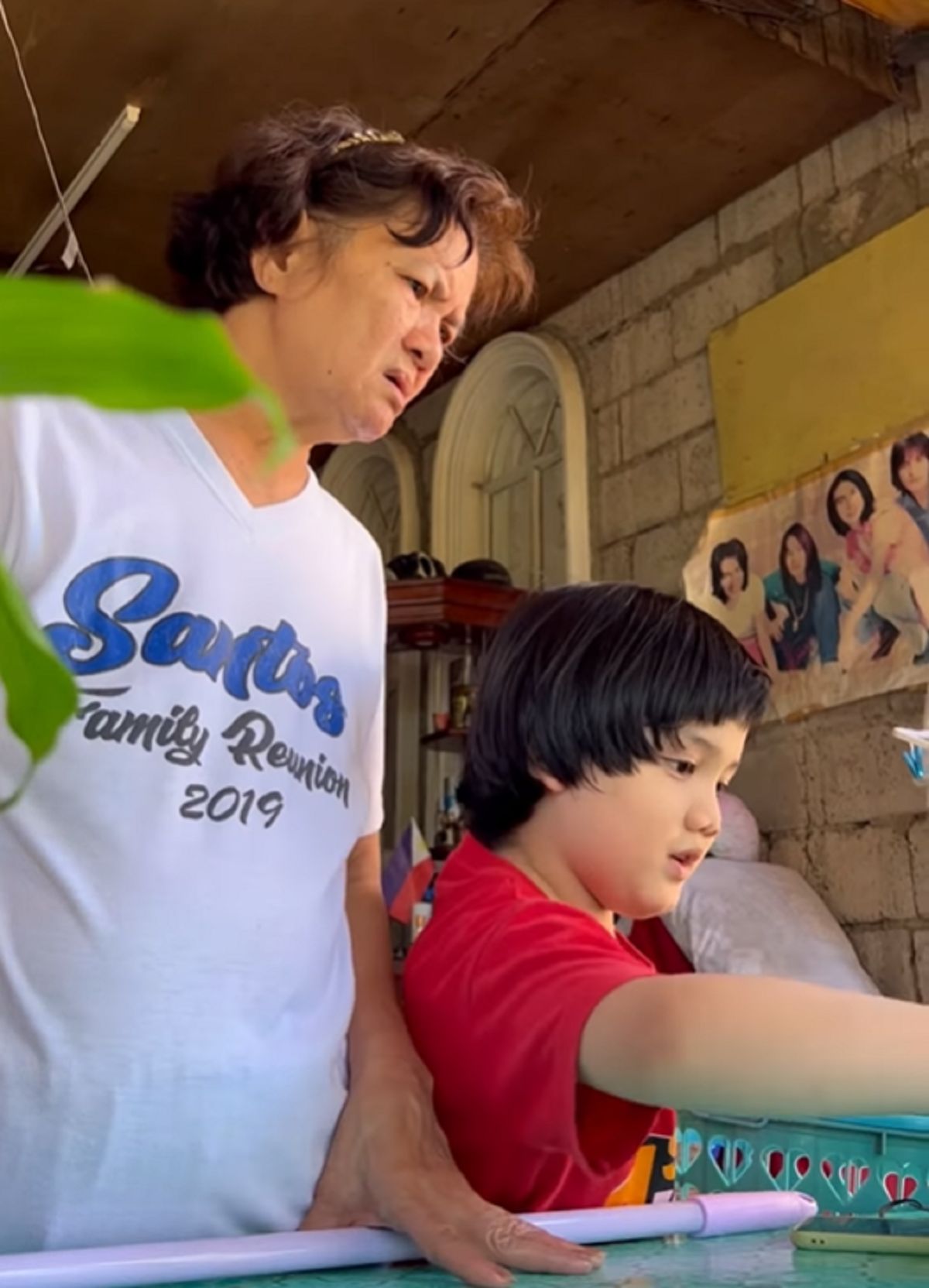 Plenty of OFWs were able to do that, including one guy who pretended to buy at his dad’s sari-sari store.

Recently, another OFW named Sharmaine Santos made netizens cry after sharing a video of her homecoming prank with her parents. Like many OFWs, she wasn’t able to go home for a long time.

So, when she finally got home, she organized a surprise to her parents as she pranked them dressed as a Shopee delivery rider with a fake order. 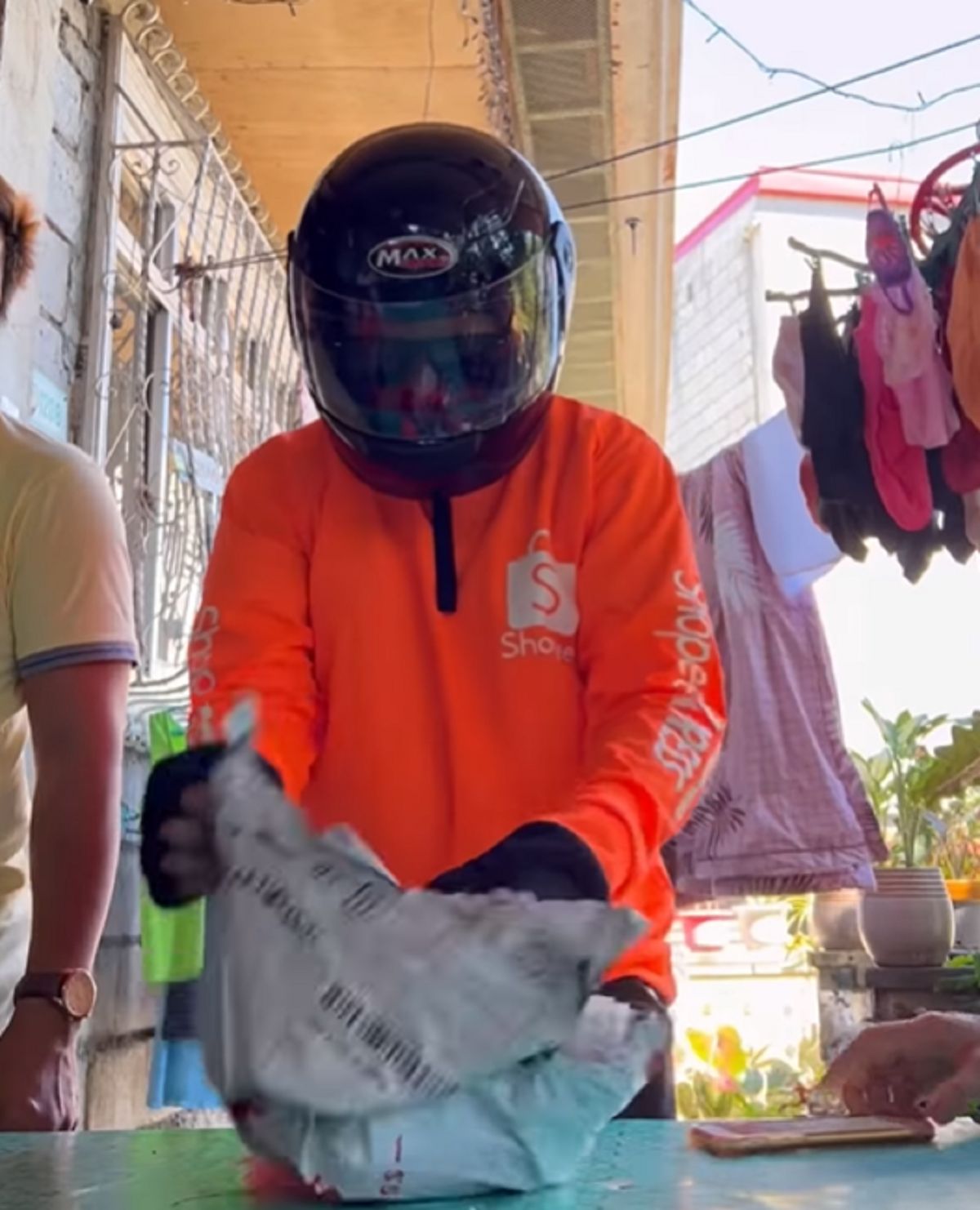 Other family members were in on the secret surprise, but they played along with the prank. 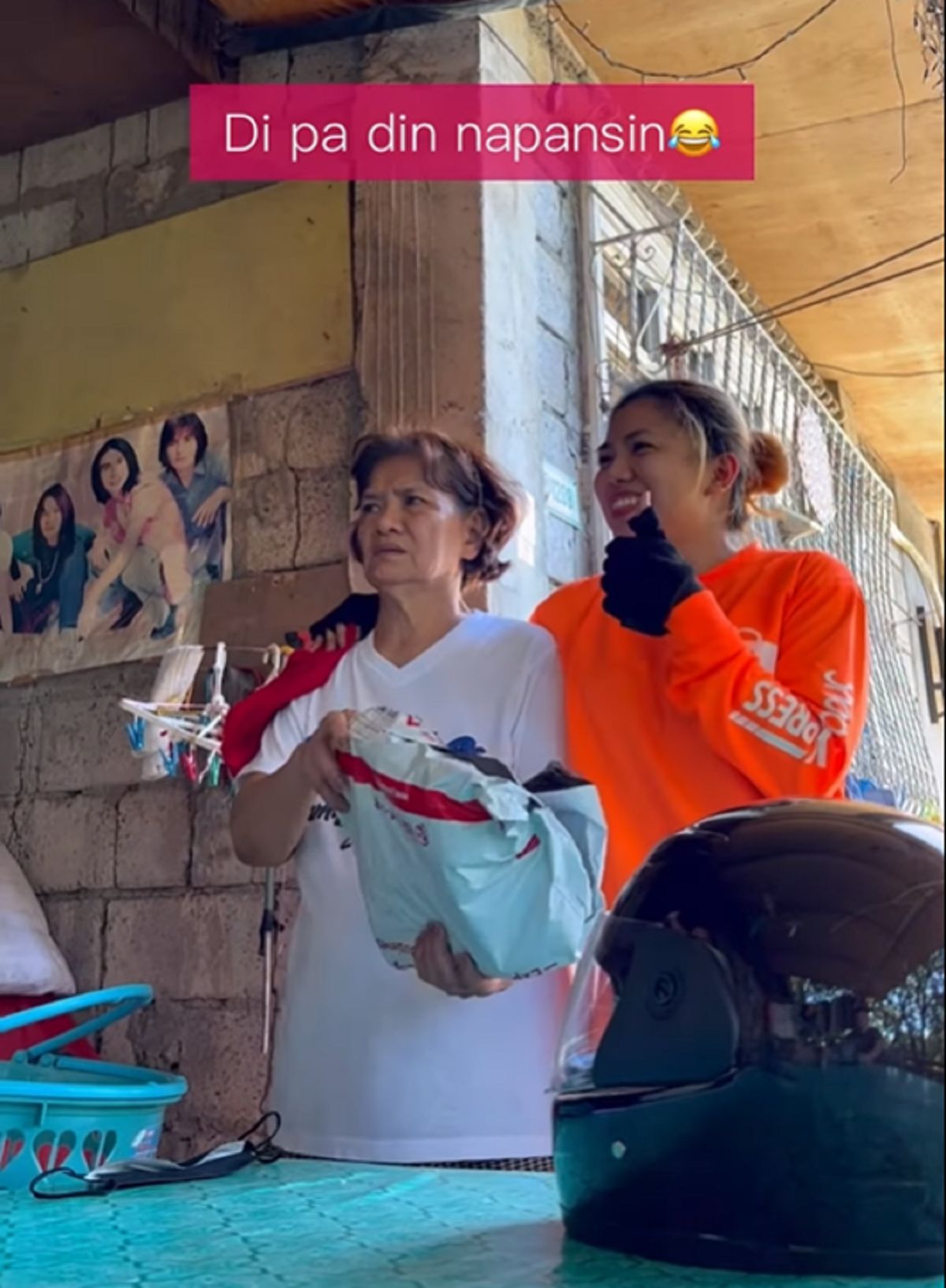 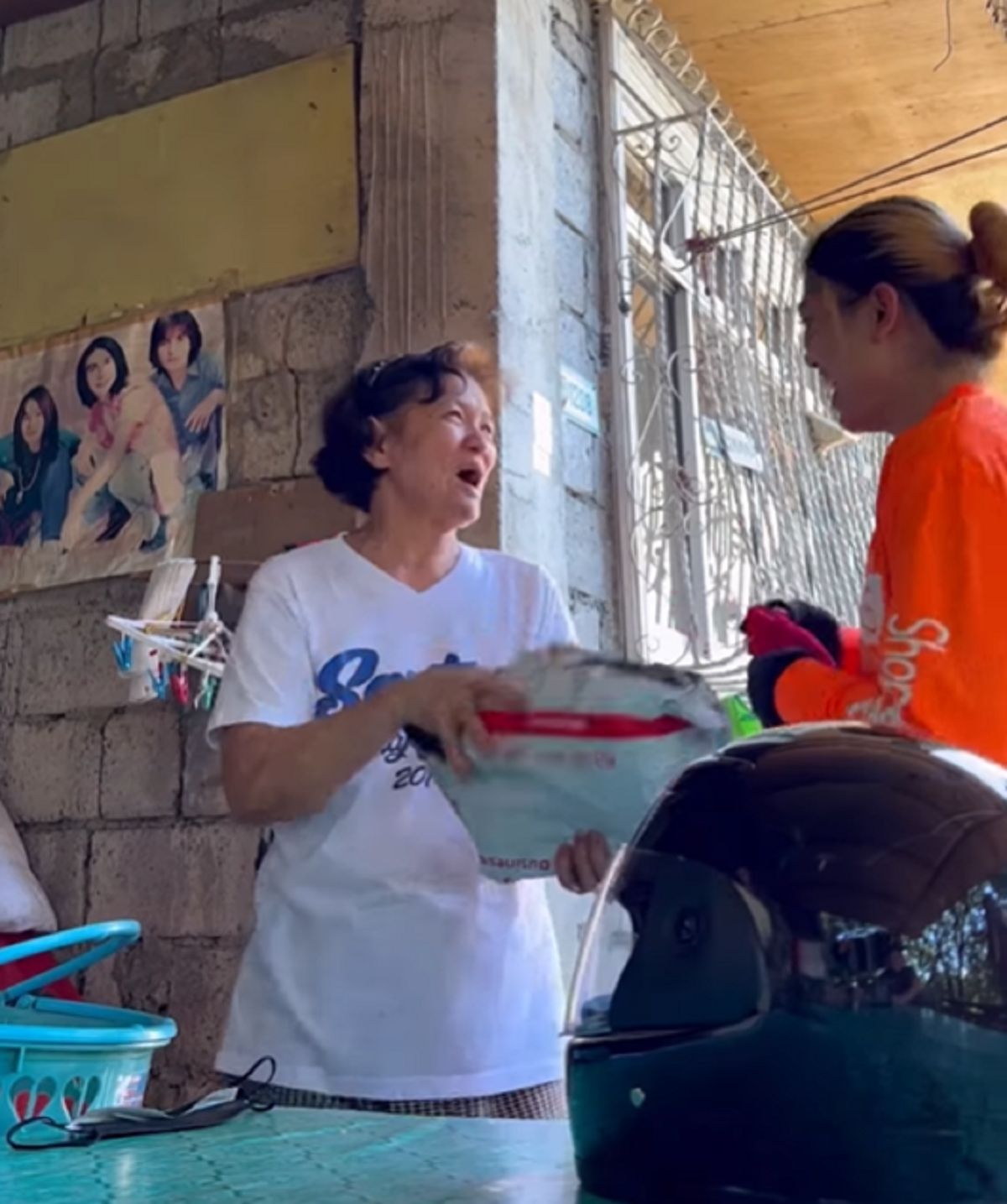 Other family members pretended to take a video of the ‘rider’ and asked Sharmaine’s mom, Nanay Aida Del Rosario Santos to have her picture taken as evidence that they got the package but will not pay for it.

The ‘rider’ removed her helmet and posed for a photo with Nanay Aida. It took Nanay Aida a few moments to notice that the ‘rider’ is actually her daughter! The next moments were so sweet as she cries out with happiness over her daughter’s homecoming. Awwww. Isn’t this so sweet? 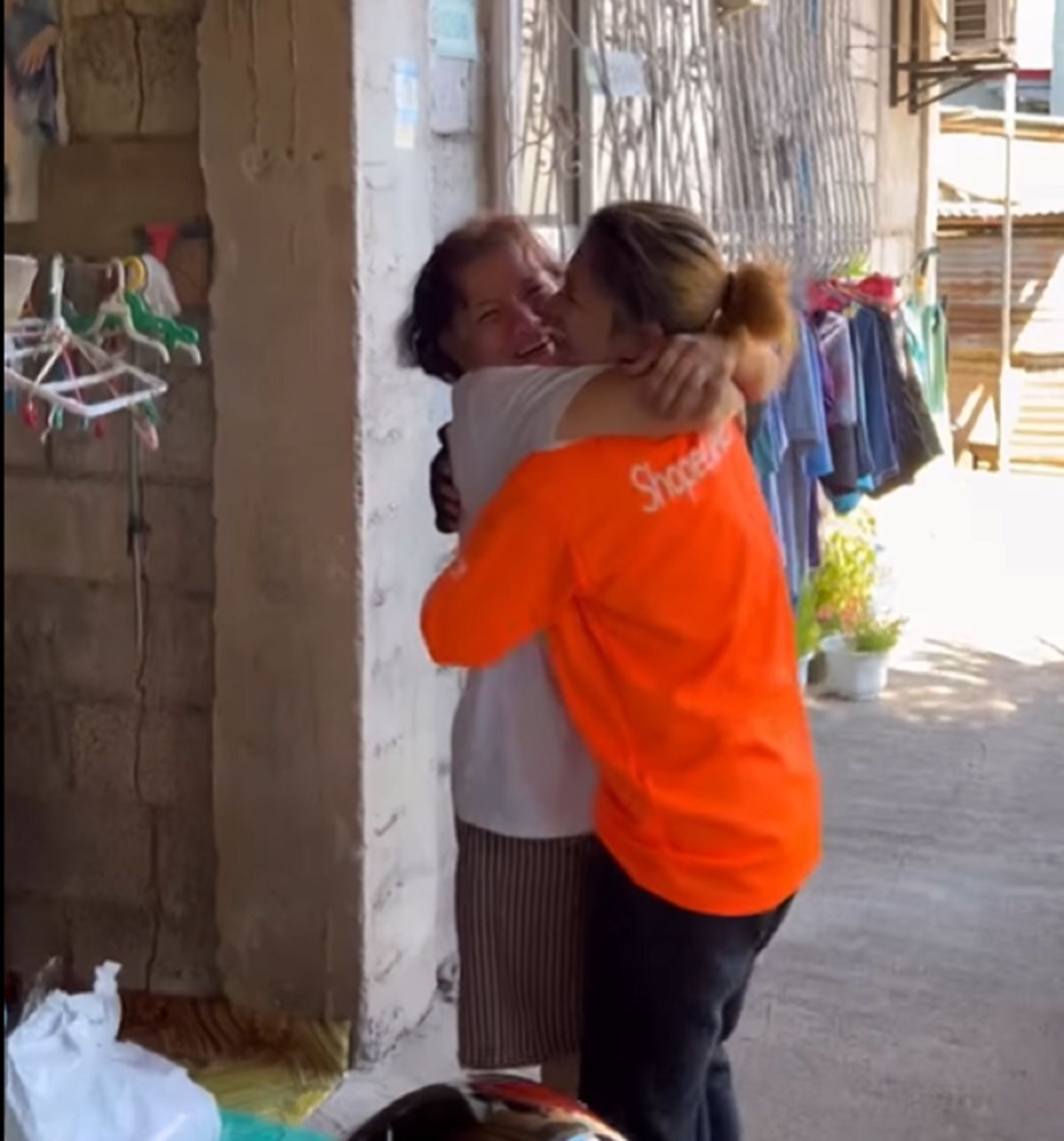 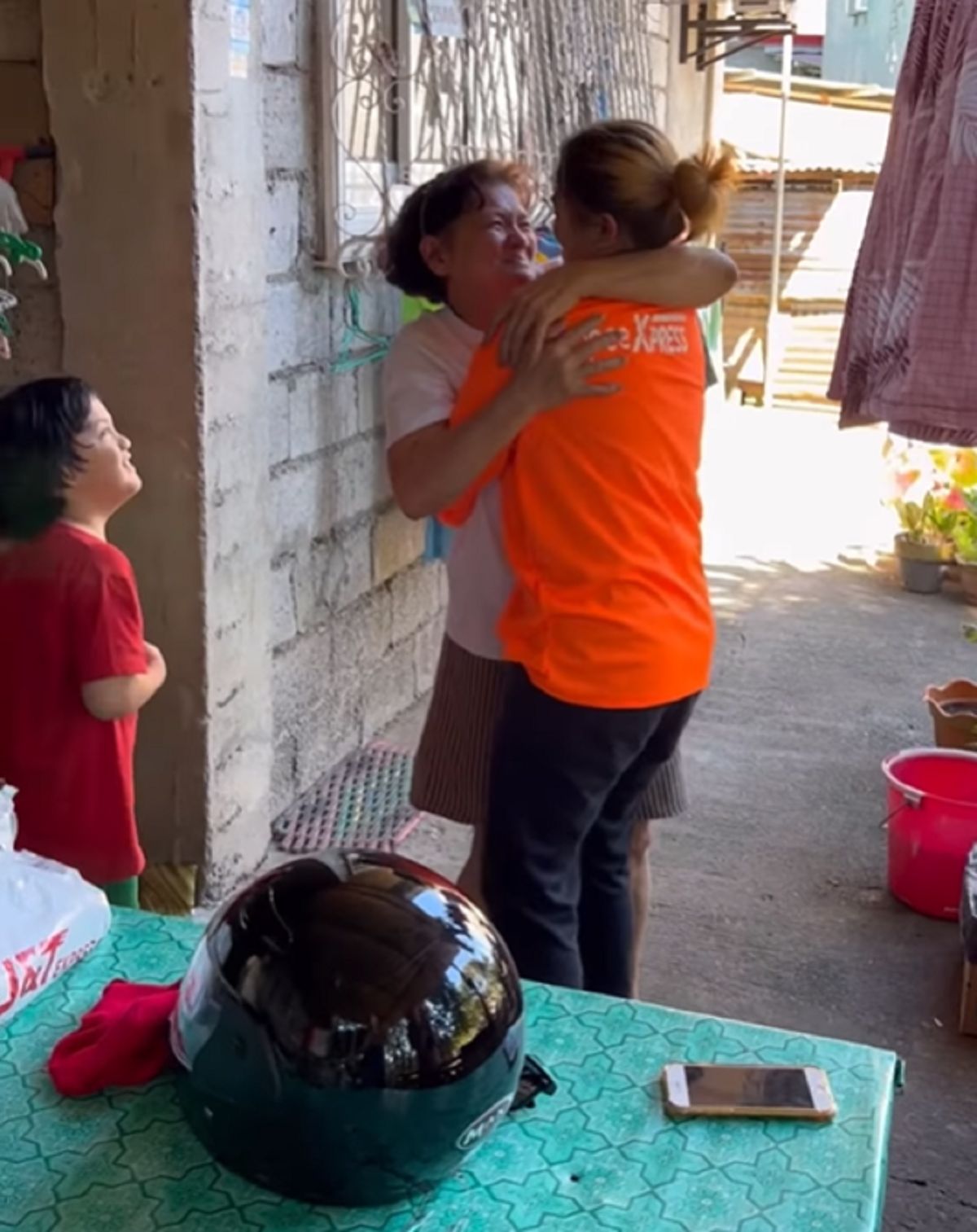 While this video is simply a prank meant for the OFW’s homecoming surprise, fake deliveries are actually a real situation in many places. Just like Nanay Aida, be vigilant and don’t pay for anything you didn’t order.

Also, ask other family members first if they have an order before paying for something in their name.