A lot of overseas Filipino workers (OFWs) are treated well by their employers. Many are not given enough food, not provided with a proper bedroom, and not allowed to rest for a long time. It is also sad that there are employers who would rather throw their leftover food than let their maids eat anything!

Recently, OFW Sherilyn Mendiola shared a video that went viral on her Facebook account. This video shows the domestic helper hurriedly eating leftovers from the pan after her employer told her to throw the food away. 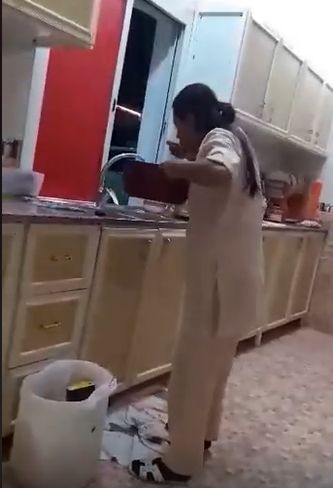 Hungry and was not provided enough food by her employer, the OFW had to find a way to fill her empty stomach without asking her employers for food as they might get angry. So, when the domestic helper was told to clean up the kitchen and throw away the leftover food, she did her best to follow instructions but also sneak some food into her mouth! 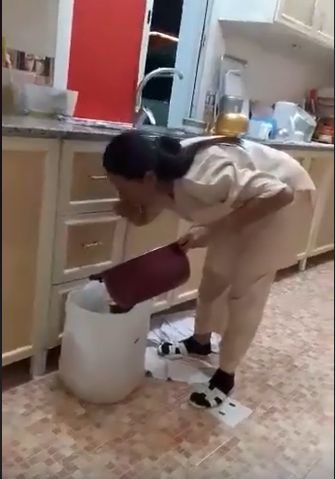 It was heartbreaking to watch this fellow Filipino do this, but she has no other choice. She could probably ask her employers for food to eat but they might get angry or lock up the kitchen. So, she simply gets what she could from the pan before throwing out the rest into the trash bin.

The sad plight of this OFW saddened a lot of people who hoped that she would soon get more food from her employer and that she wouldn’t have to resort to eating leftovers that are supposed to be thrown into the trash bin! 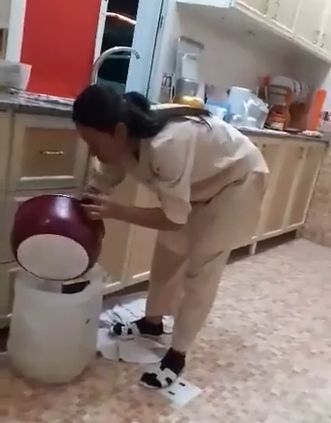 There were other OFWs who commented, saying that’s what they actually do when told to throw away the food.

Leftovers are simply the remaining food that was not consumed by the diners. The uneaten part of the meal can still be stored and reheated. Leftovers are not the same as food scraps because the latter are not directly edible and are best fit for pets or to be thrown away; not for human consumption.

Tweet Pin It
Tags:OFW eats food that has to be trashed, OFW eats leftovers, OFW eats near trash, OFW news