For many years now, a lot of distressed OFWs have found help by posting their stories and location on Facebook, with government officials acting on their situations after the FB posts went viral.

Many have been saved through this manner, especially because these distressed OFWs have no other way to ask for help but to post their situations on Facebook. This is especially true in the Middle East wherein domestic helpers, mostly females, can’t just call the police on their employers else they end up on worse fate. 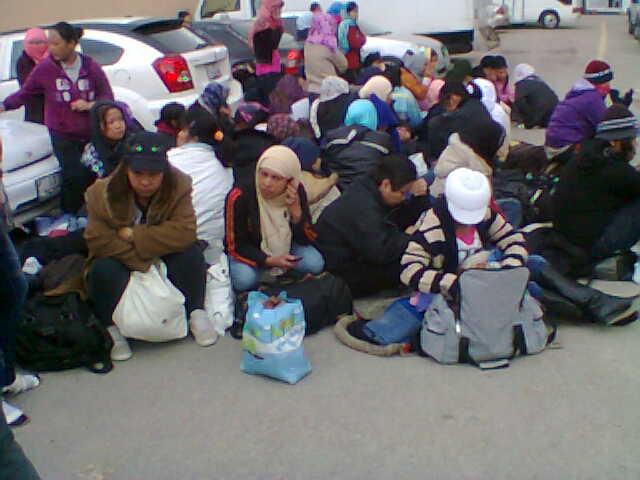 But the Philippine Consulate General in Jeddah recently released a public advisory, ‘gently reminding’ the public not to share photos and names of these distressed OFWs in their ‘most desperate conditions’. Apparently, the PF Consulate is concerned about the privacy of these distressed OFWs and believed that it is hurtful for the family members and loved ones to see the OFWs in this condition.

Instead of sharing these OFWs’ photos and names on social media, the PH Consulate directed Pinoys to contact the consulate instead via email, its hotline number, or through its Facebook page.

Now, while the advisory means well, a lot of netizens were angry that the PH Consulate would go to such lengths to stop netizens from sharing these OFWs’ situations, especially because it had been proven to be effective in helping stricken OFWs in the past get out of their dire situations! 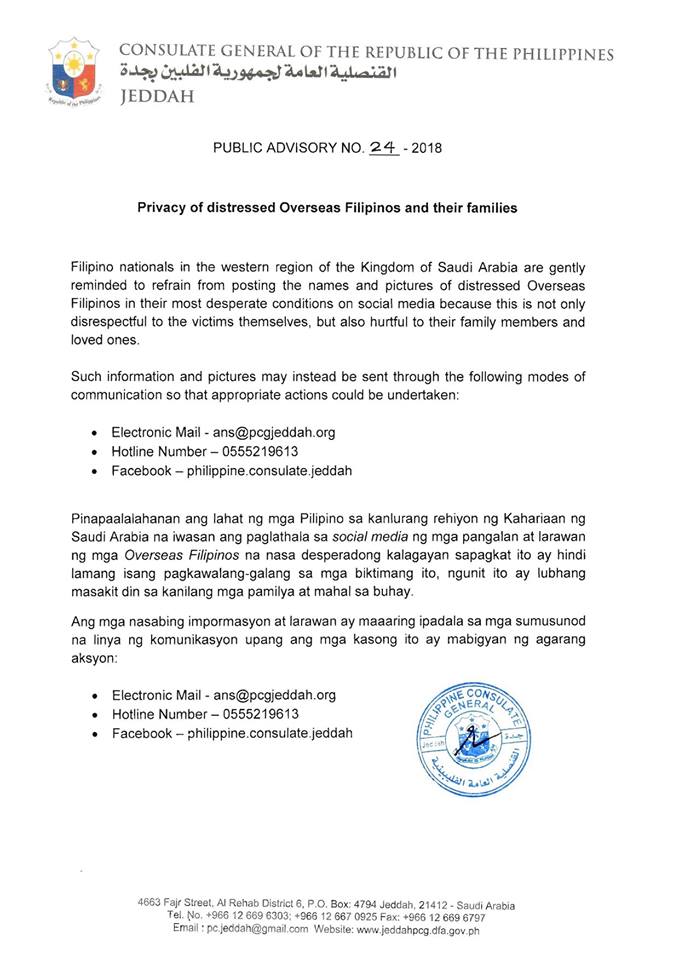 All the comments on the PH Consulate’s Facebook post slammed the agency for the announcement, calling them incompetent and reminding them that the past FB posts of distressed OFWs had saved their lives more than if these were coursed through the consulate. There were some who commented that they had asked the consulate’s help in locating their missing OFW relatives but nothing came out of these investigations.

Do you agree with the PH Consulate’s directive?