Home
News
Seaman Works Hard to Save for Future with GF, But She Gets Pregnant by New BF

A lot of Filipinos have this notion that seafarers are heartbreakers who have a new girl at every port they visit. There’s even this joke that a seaman is actually a ‘seamanloloko’ which means that a seaman is someone who loves to fool around with ladies.

But a lot of seafarers deny this claim, however, and have lived honest lives. Many seafarers stay loyal with one woman and work hard to support their family.

A seafarer named Kien Morales Cartagena shared his experience with a dishonest girlfriend – and he gained sympathy from many netizens. 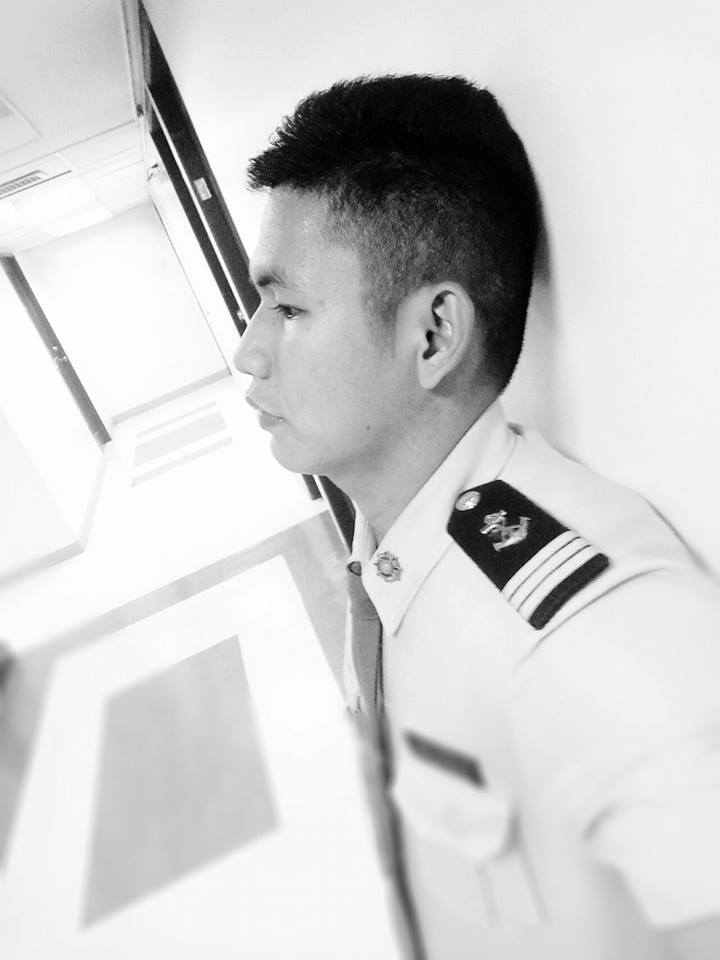 In his post, Kien detailed how he had remained loyal to his girl despite the distance between them. He worked hard to save for their future but it turned out the unnamed girl was ‘working’ someone else.

Though he was devastated by the heartbreak he experienced, Kien did not name the girl or post her photo; though their friends and family certainly knew who she was. But at one point he did try to tag her on the post, only to discover that she had already blocked him. 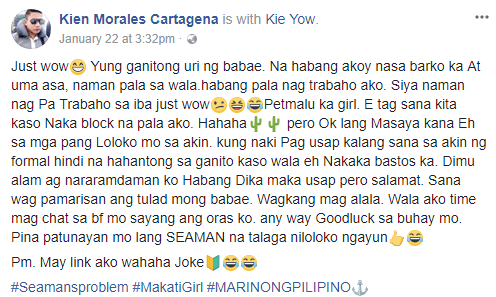 The brokenhearted seaman shared that it was even rather insulting that his ex-girlfriend told him about the situation in a single text, sent to both his numbers to ensure he receives the message. The text appeared so casual that one would think this didn’t come from a girl telling her boyfriend she got pregnant by another man. 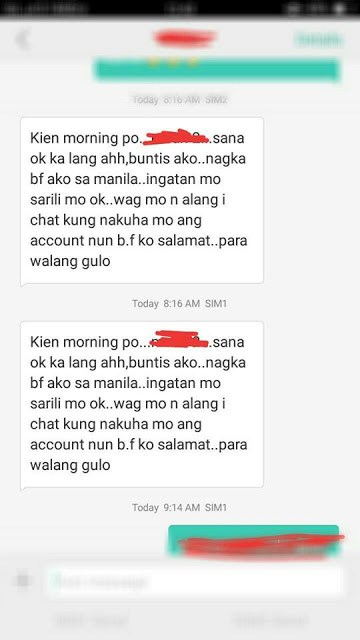 The unnamed ex-girlfriend even asked Kien not to message her new boyfriend even if he might find his Facebook account as she does not want them to experience more trouble. Tsk. Tsk. 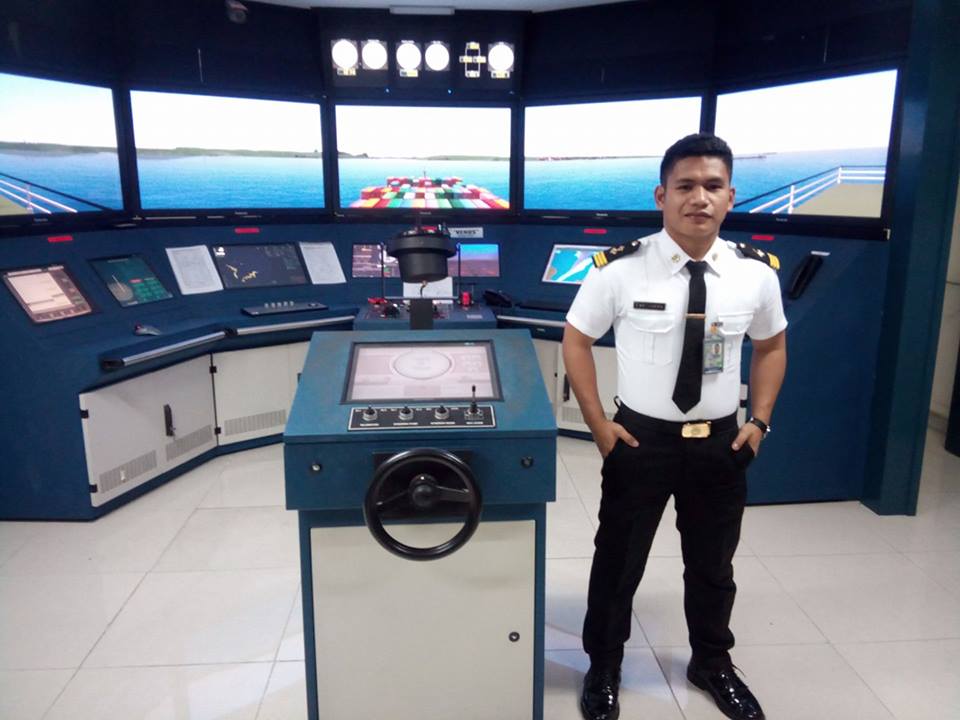 In the end, Kien wished the new couple good luck and half-joked that seafarers are no longer the ones who fool the girls; it is now the turn for the girls to fool the old seamanloloko. Ouch.