Proving that nannies can be second moms, too, a Singaporean bride cries with happiness when her Pinay nanny attended her wedding. It was a sweet surprise facilitated by her brother.

Millions of Filipinas go abroad to work as domestic helpers and nannies – and they’ve made an impact on the lives of these young children. They might be serving foreign families but these Pinay nannies treated the kids like their own. 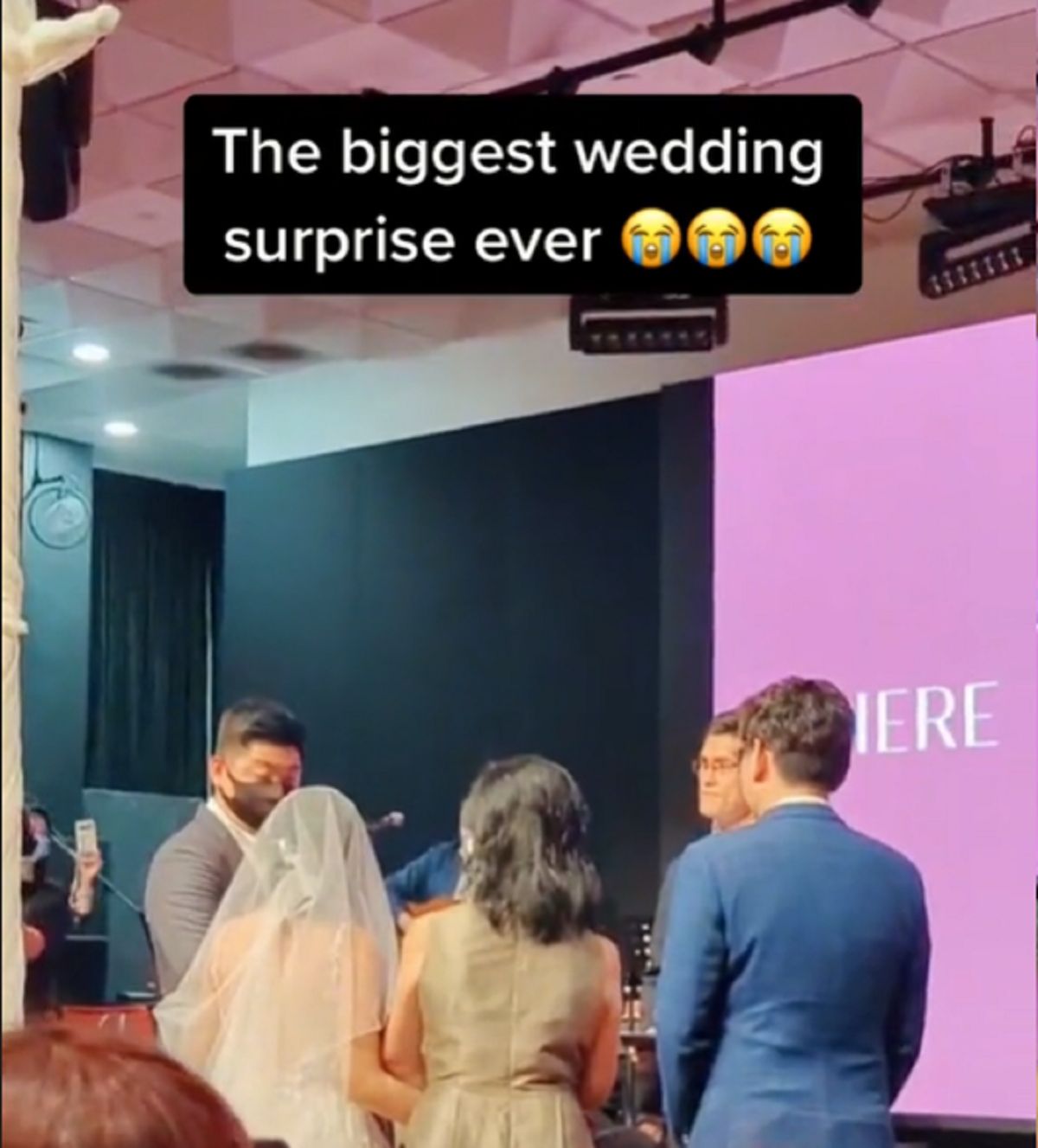 Many of them have even started at the families they’re serving when their employer’s children were still babies.

So, it’s really not surprising that many of these children grew up treating them like their second mom, particularly in loving households where the employers also treat their workers like family.

Recently, Singaporean bride Kelly Chua went viral for crying with happiness after seeing her Pinay nanny at her wedding. 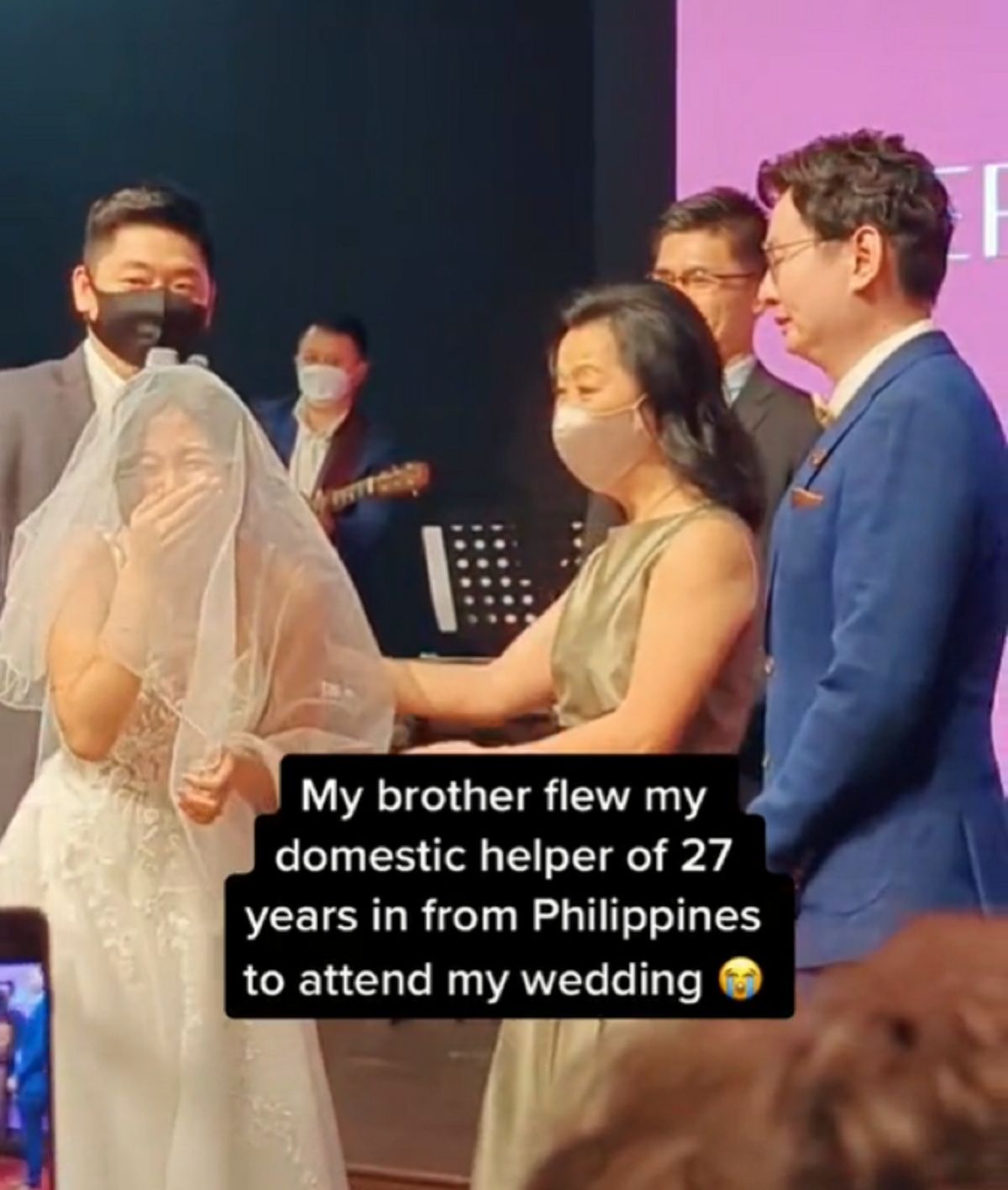 She hasn’t seen the 72-year-old Pinay nanny “Yaya Lita” for years but received the wedding surprise from her brother, Keith Chua, who knew she’d be happy to have their “second mom” there to witness her big day.

“She’s like a second mother to me. She’s 72 this year, and I really don’t know when’s the next time I’ll be able to see her again. It really means so much to me that she’s able to attend my wedding,” Kelly explained.

Yaya Lita had been with the family for 27 years before she went home to the Philippines for good. 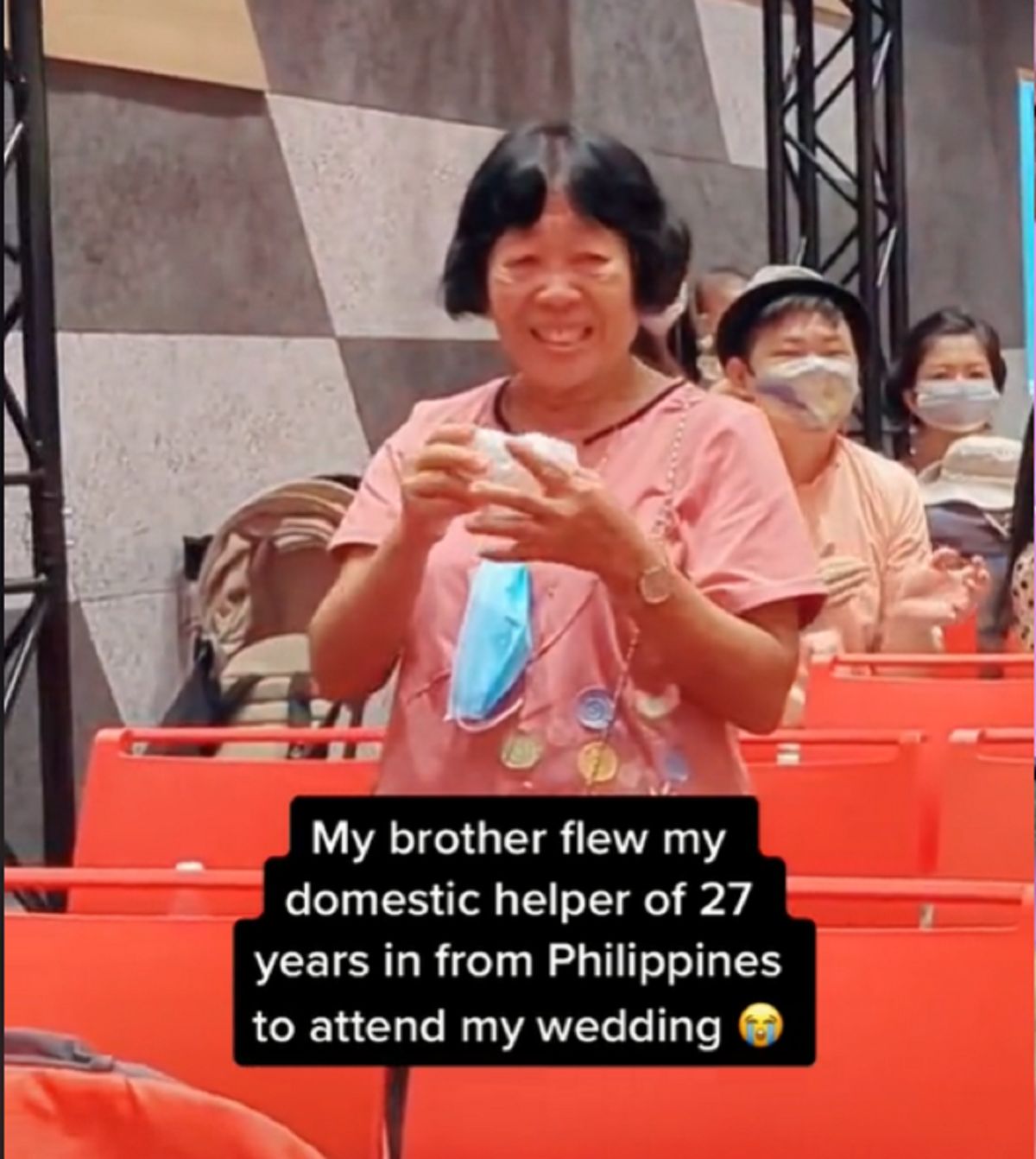 Keith managed to fly her back to Singapore for his sister’s wedding day, and surprised her with the announcement that made her cry.

“I’ve prepared a very big surprise for you. Are you ready? Look over there,” he announced.

It was clear that Kelly truly loved her Pinay nanny as she cried with happiness. Yaya Lita was crying, too.

“She went home three years ago and told me she couldn’t attend my wedding because she didn’t manage to renew her passport. But my brother actually had it all planned from the start,” Kelly explained.

“She’s like a second mother to me. She’s 72 this year, and I really don’t know when’s the next time I’ll be able to see her again. It really means so much to me that she’s able to attend my wedding.” 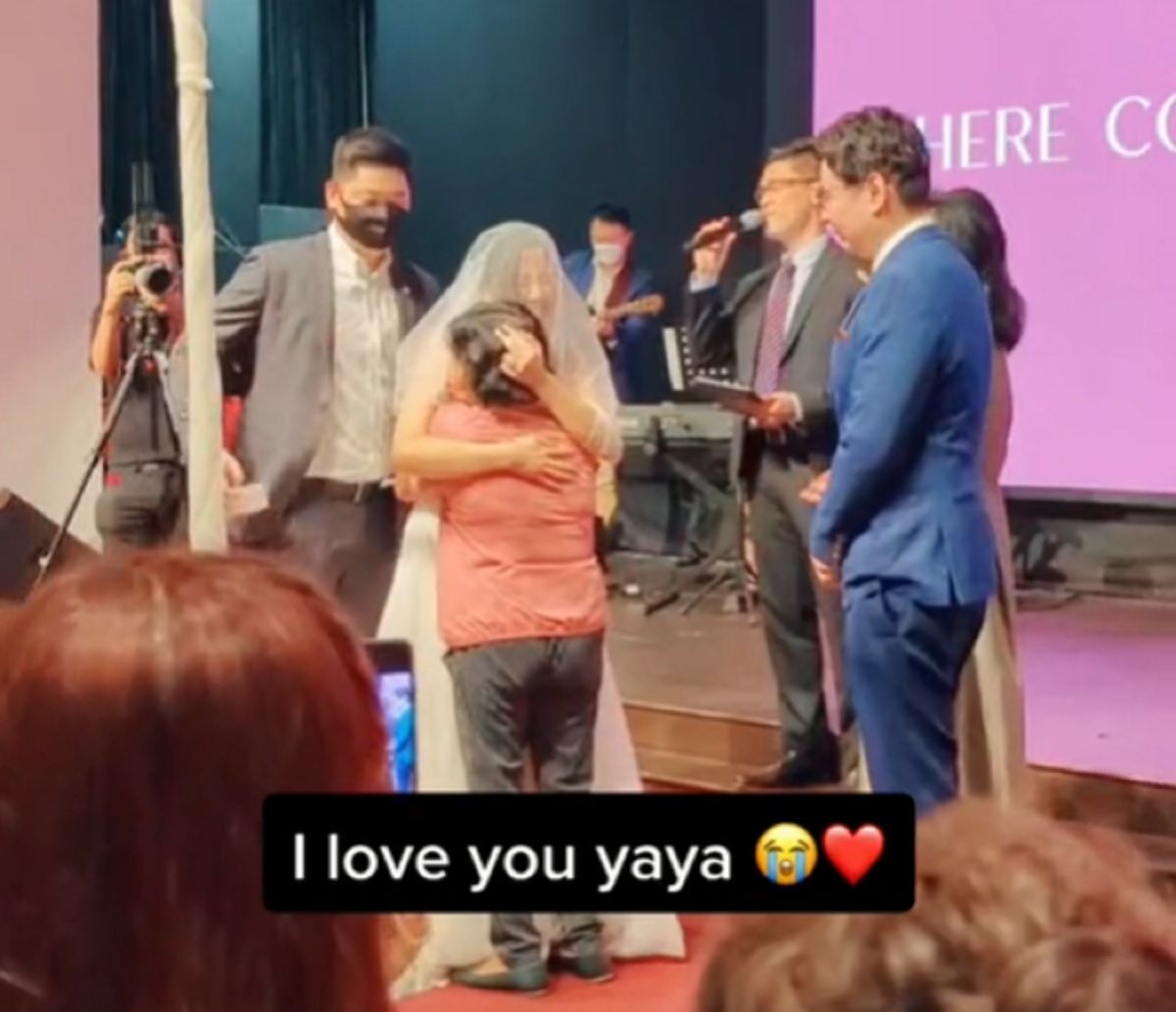 She didn’t know that her family and friends were in on the surprise as they Yaya Lita stayed with her aunts while her friends took the old lady to breakfast on some days.

Difference between Nanny and Domestic Helper