A 3-year-old boy was emotional as he had to say goodbye to his grandfather who works as an Overseas Filipino Worker (OFW). 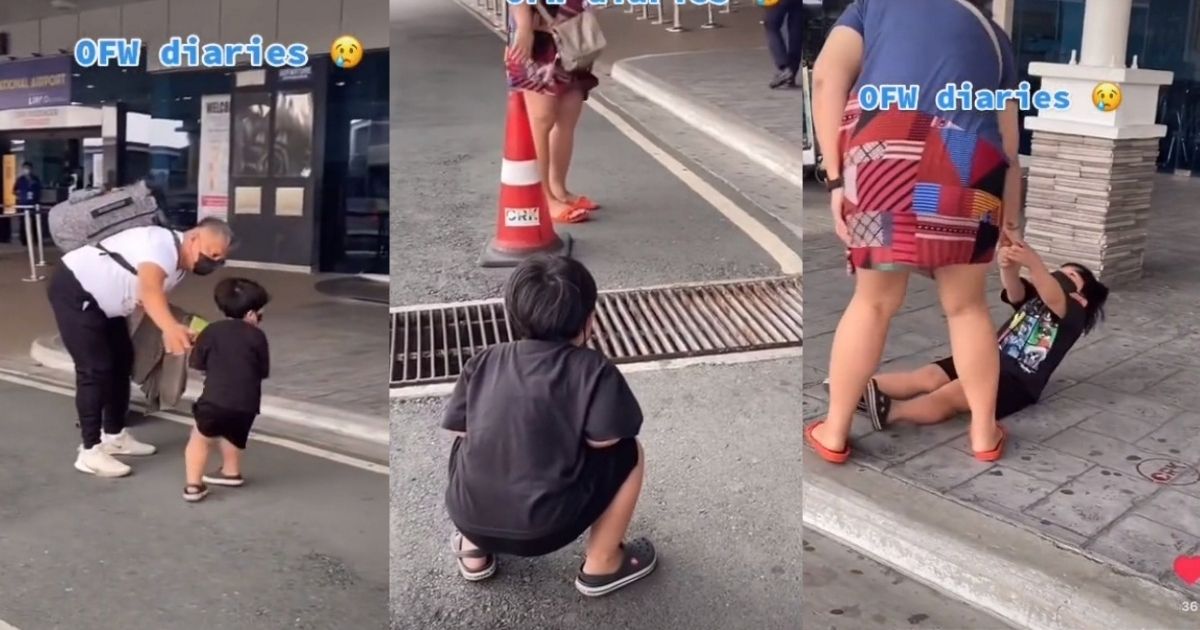 In a video that has gone viral, a three-year-old boy named Sebby couldn’t be helped by his parents as he cried his heart out for his Lolo Joel. They were already at the airport to send his lolo off back to his work abroad, but the boy refused to let him go. He could be heard saying “Ayaw, ayaw, ayaw. Ba-bye” as he cried.

The mother admitted that on the way to the airport, Sebby thought he was going with his lolo. When they tried to explain that his lolo needs to work far away and will just come back in December, the boy was heartbroken. Sebby initially understood, but when his lolo was already gone from his sight, he wept.

Lolo Joel has been working in the United Kingdom for 14 years as a lineman. He spends his vacation in the Philippines during Christmas and New Year. Kyra explained that Sebby is very close to his Lolo Joel. She said, “Sila po talaga ang magkatabi matulog every night.”

The video has gone viral with over 2 million views on TikTok. Many families were able to relate to the situation of Sebby and his family.

Such scenes are often too familiar to many OFWs as they bid goodbye to their families. Children, like -Sebby are often the most affected ones and sometimes wouldn’t understand why OFWs have to leave them to work abroad. The video that has gone viral is another reminder of the sacrifices made not just by OFWs but also by their families left behind.

If this one made you emotional, you can try reading the heartwarming surprise made by an OFW mom to her daughter on her debut.

Here’s the video from Sebby&Zia on TikTok: