Nobody wants to be cheated on. It is painful and may cause a partner cheated on to lose his or her self-esteem. But how would it feel like if the third party in a relationship is, actually, a relative?

Julito Laquio reached out to famous TV personality Raffy Tulfo to help find his wife who, apparently, went away with her lover.  However, his misery increased after finding out that his wife’s lover was his nephew, Roberto. He found out that the pair were staying in Surigao since April this year. 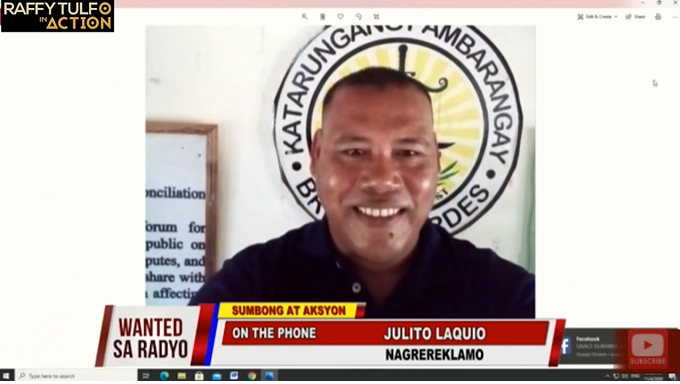 Screengrabbed from YouTube/Raffy Tulfo in Action

The relationship has allegedly started when Julito’s wife, Maricel, stayed in Zamboanga del Norte to process the fix their marriage contract. When she runs errands, she would usually ride Roberto’s motorcycle. She came back several times in the said province and rumor has it that Roberto and Julito’s wife were sleeping together.

There were even reports that Julito’s wife is pregnant and the father of the child was Roberto.

When the pair of lovers was confronted, they did not deny that they have a relationship. They even confirmed that they were already living under the same roof.

The wife said that she was attracted to Roberto’s sweet and caring ways towards her. Julito’s nephew has always been there for his wife, especially during the times when the couple was having problems.

Julito decided to let go of her wife and told her to move out of their house. Roberto said she was sorry for her aunt.

He decided to give his wife and his nephew a chance to be together since their children were older. However, one of them has special needs and Julito is determined that he will never let his children see their mother again.

Though the wife initially opposed Julito’s decision, she, eventually agreed and the husband and wife finally parted ways.