It is true that there are a lot of Filipinos who wish to find a job abroad and that they often have to go through agencies to do that because these agencies are the ones that have access to the job orders available in these countries.

Sadly, a lot of agency employees feel that they have power of the overseas Filipino workers (OFWs) because they were the ones who helped put them in their respective jobs. This can sometimes lead to power-tripping to take advantage of the poor OFWs.

Recently, a video has gone viral because an alleged agency secretary cooked an OFW’s cellphone.

On Facebook page OFW Ako At Hindi ATM Machine, the agency secretary was identified as one ‘Miztah Red’ of Orion, Bataan. She works at an agency in Dubai that helped the OFW identified only as Shiela of Bagac, Bataan. 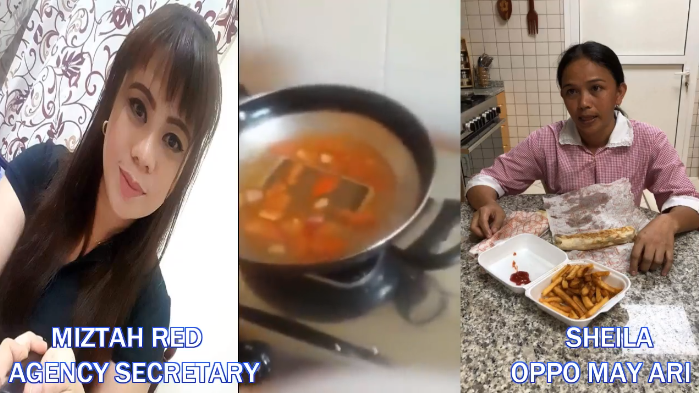 In the video, an angry Miztah could be heard ranting against Shiela. According to Miztah, Shiela had been trying to circulate rumors against her. Shiela supposedly told her family and Miztah’s friend that the agency secretary had taken interest in her cellphone, an OPPO smartphone.

Angry about what the OFW had supposedly told people about her, Miztah angrily told Shiela that she is actually using two cellphones: a Samsung S6 and an iPhone 6; thus, she would surely not take interest in the OFW’s OPPO phone.

To prove her point and to mock Shiela’s OPPO phone, Miztah said that she knows exactly what to do with such cellphones. Mocking the OPPO phone as the ‘upo’ which a Filipino term for the vegetable calabash or bottle gourd, Miztah proceeded to ‘cook’ the phone!

She then warned Shiela that she would send her cooked OPPO phone to her employer.

While it is possible that Shiela had done wrong in perhaps using her phone in her employer’s house, many netizens believe that Miztah had gone too far when she destroyed the gadget!