A kind Chinese couple donated Php85,000 to a sick Pinay in Hong Kong after reading her story in the news – and they promised to at least Php100,000 more!

They’re not her employers and they don’t even know her at all, but a kind Chinese couple helped a sick Pinay after hearing her story in the news.

The Good Samaritans only wanted to be identified as Mr. and Ms. Au.

They first heard about the story of Elma P. dela Cruz, a 39-year-old Pinay who’s in a coma in Hong Kong after the surgery to remove the tumor in her brain.

After learning that the Pinay was in the ICU (intensive care unit) after the surgery, the couple reached out to the paper that published her story, The SUN Hong Kong, to ask how they could help her. They initially pledged to donate HK$10,000 (around $64,000).

With the help of dela Cruz’s friend, Mary Alejo, the couple and their helpers had a video call with dela Cruz and her family back in Santiago City, Isabela. 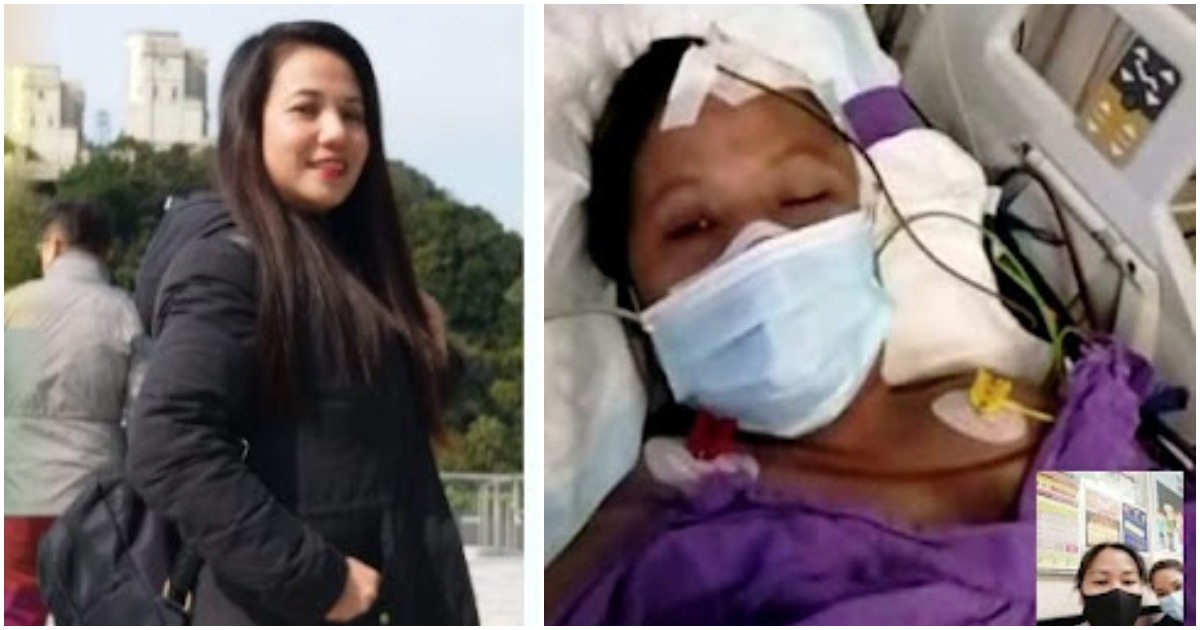 After that, the couple sent their helper and driver to a remittance company to send their donation for the sick Pinay. They increased their donation to HK$13,000 (around $85,000) but still promised to send another HK$16,000 soon.

But their help wouldn’t stop there. Once dela Cruz is out of the hospital and cleared to be repatriated, they will also help arrange everything that she would need to go back home to the Philippines.

The sick Pinay had her surgery at Pamela Youde Nethersole Eastern Hospital in Chai Wan, Hong Kong. She was supposed to go home after she got sick, but the Pinoy community in Hong Kong and two employers helped so she could find treatment there.

The two employers hired her after she got sick, promising to continue helping for as long as they are legally allowed to ‘employ’ her so she could get her treatment in Hong Kong.

Overstaying in Hong Kong carries a fine of HK$50,000 (around $320,000) plus imprisonment for 2 years. The Hong Kong Immigration Department is strict against such violators.