A Pinoy who wasn’t able to finish high school is now a head chef in Dubai – and his story is giving inspiration to many Filipinos who, just like him, aren’t able to study due to poverty.

They say that education is the key to success. While that’s true, many people have also proved that there are other ways to find success, even if you aren’t able to complete your studies for some reason.

A native of Guihulngan City, Negros Oriental, in central Philippines, Sevilla wasn’t able to complete his studies due to poverty. In fact, he was only able to reach second year high school.

Yet that didn’t hinder him from reaching for his dreams – and those dreams are quite high because he wanted to be a chef. 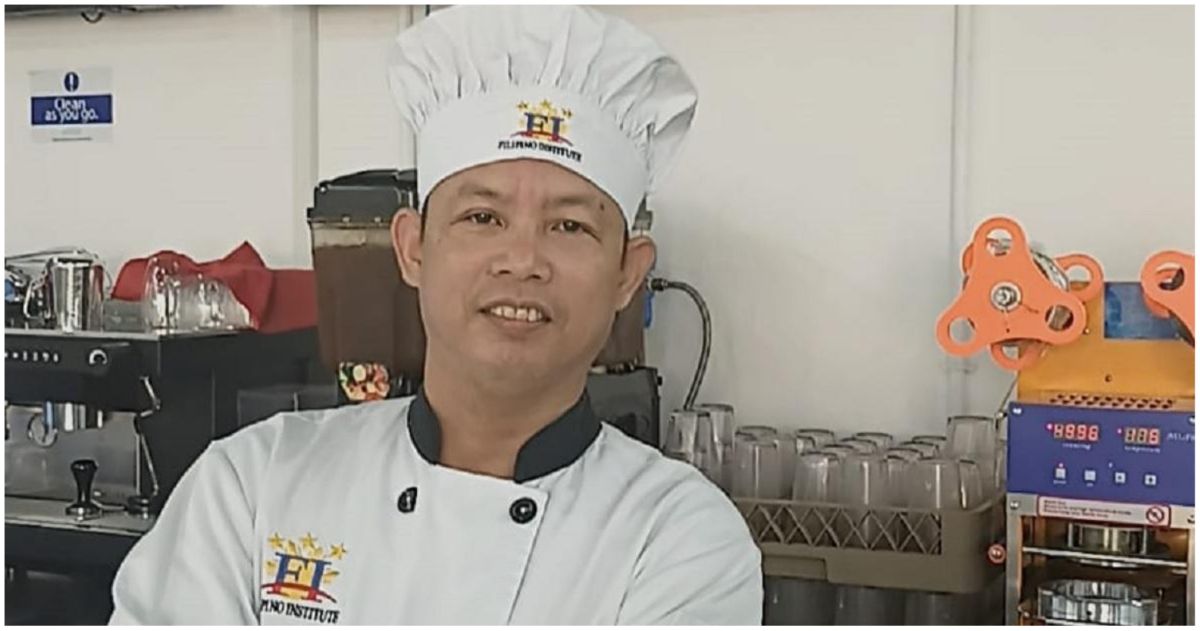 Sevilla shared that his dream of becoming a chef started around the time he quit school at age 14.

“I have a relative – uncle Felix – who owns a restaurant in our place. He got me to work there as he needed someone to assist him in the kitchen,” he told GMA News.

“Uncle Felix taught me how to cut veggies and meat. I worked also as a dishwasher. One day, he told me to cook. As I always watched him cooking, I tried preparing a dish. And it turned out great.”

His uncle’s compliment inspired the young Sevilla to aspire to become a chef someday:

“I felt really happy when he said: ‘You are a fast learner. You have the skills for cooking. Someday, all the things that I have taught you about cooking will be your craft.’ I just smiled.”

Years later, he managed to land a job at a restaurant in Dubai. That was 13 years ago. He’s now a head chef at Kusina Natin ‘To, a Pinoy restaurant in the area.

He plans to open his own restaurant when he comes back home for good.

Did you know that there are lots of Pinoy restaurants or food stalls in foreign countries?

Aside from the expansion of the beloved fast food Jollibee in many countries abroad, there are also several that are making their mark in the foreign dining scene.