A lot of relationships break up because the wife or husband works away from home; this is the reason why a lot of overseas Filipino workers (OFW) often figure on Raffy Tulfo in Action because they have broken up and the husband or wife seeks help in either getting the spouse back or just to get financial support for the children.

Many of these relationships are broken due to distance, yet there are those who still break up even if the husband and wife lived together in one house. 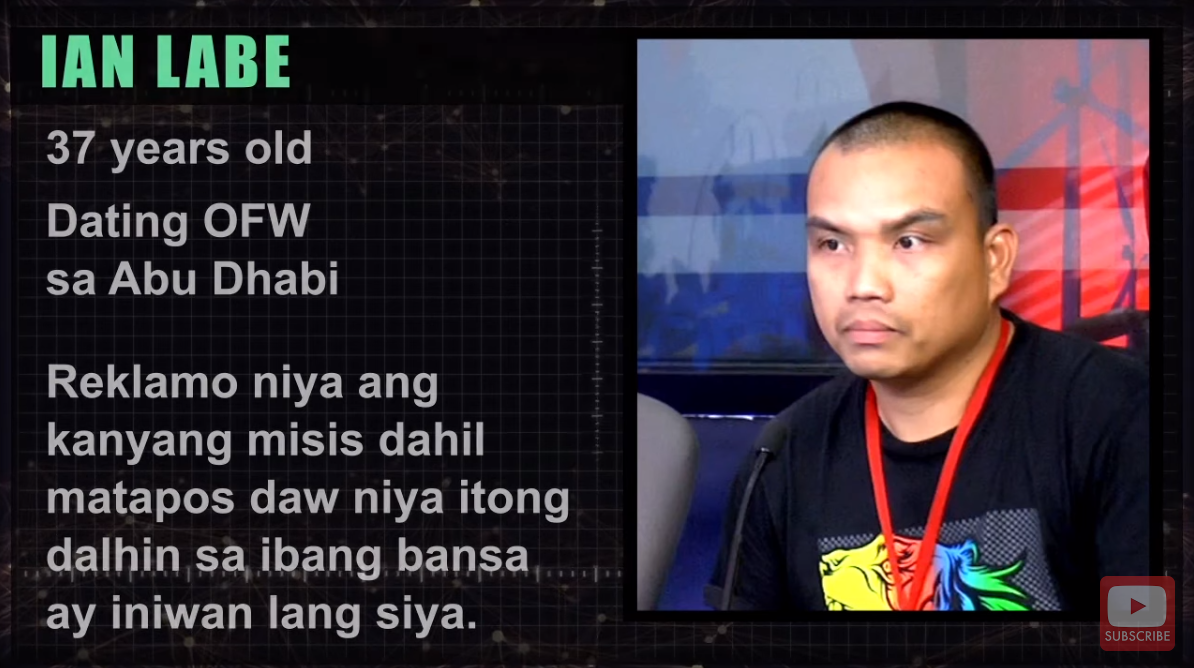 Recently, a former OFW went to the show for help. Ian Labe, a 37-year-old former OFW in Abu Dhabi sought help from Tulfo because his wife refused to send him support, yet he has no money for himself because all his earnings went to his wife – but she claims she doesn’t have any savings and she didn’t receive his money. 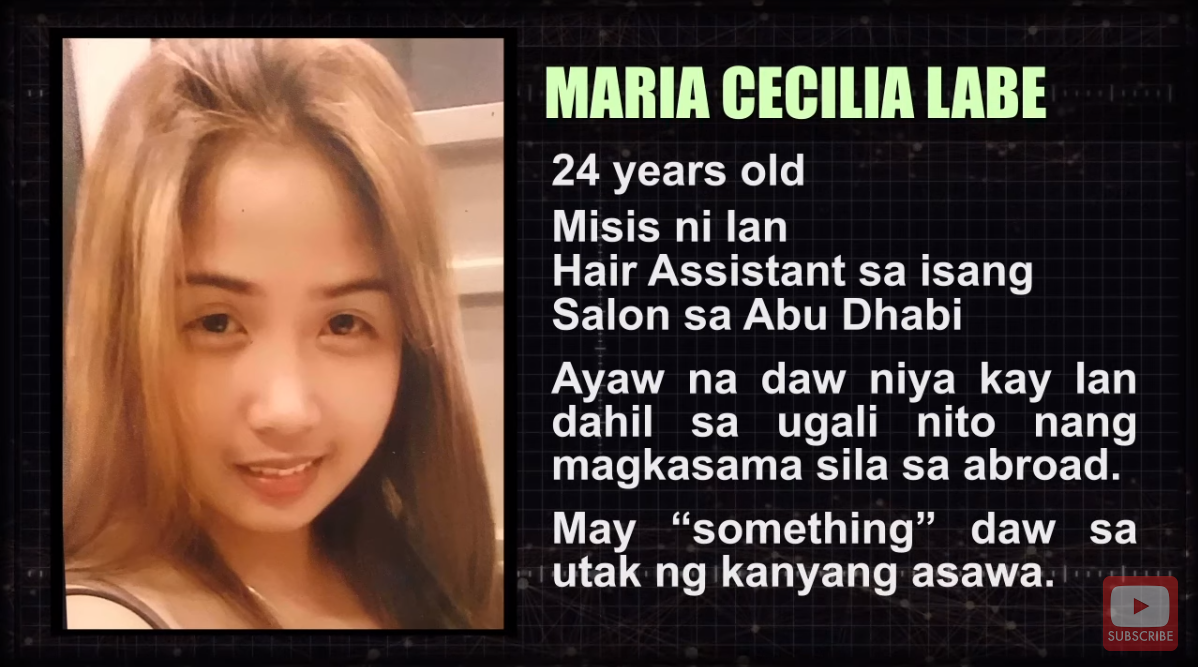 According to Ian, he helped his wife Maria Cecilia Labe, 24 years old, find a job as hair assistant at a salon in Abu Dhabi after he caught her in a relationship with another man in the Philippines. In hopes of putting distance between her and her lover, he took her to Abu Dhabi where they lived together in one so-called ‘partition’.

Soon after she arrived in Abu Dhabi, however, Maria Cecilia claimed she is afraid of her husband because he has a mental disorder and that he hurts her physically. 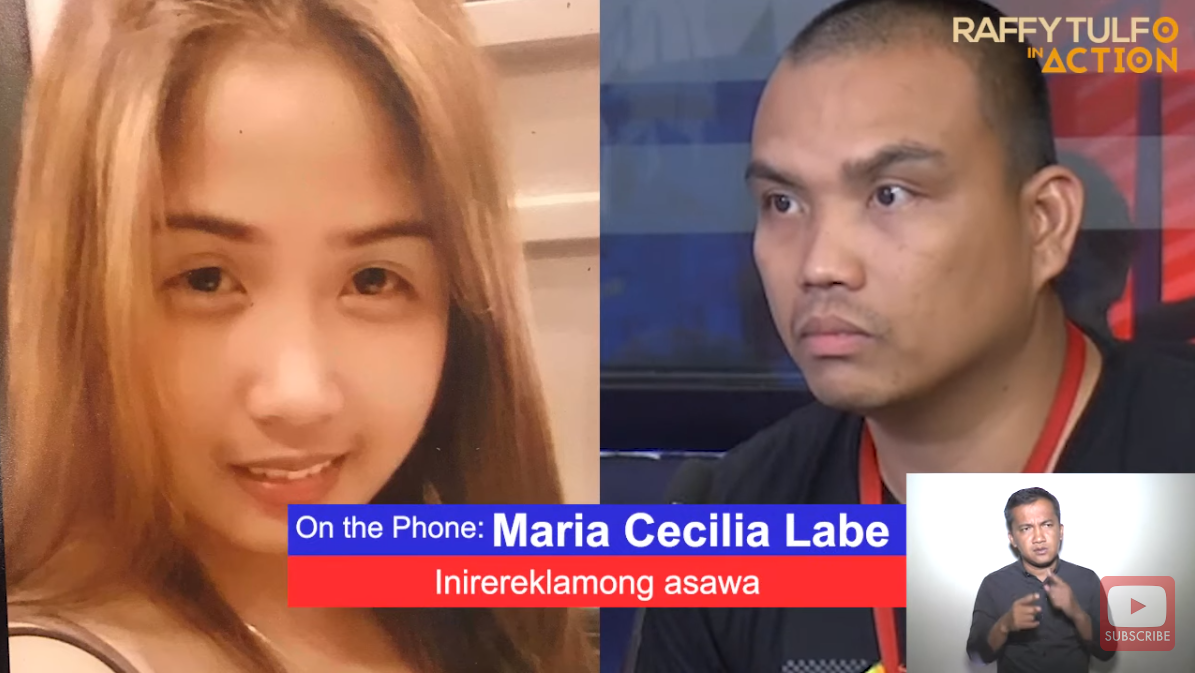 But she apparently tricked him into home, Ian claimed, by saying he should fail his renewal exams at his job. This was supposedly ‘necessary’ so that Ian can’t renew his contract and could come home to the Philippines without paying for the expensive training bond.

Then, they supposedly planned on opening a business in the Philippines so that they could also take care of her child, a child she had before they got married but Ian treated as his own kid. 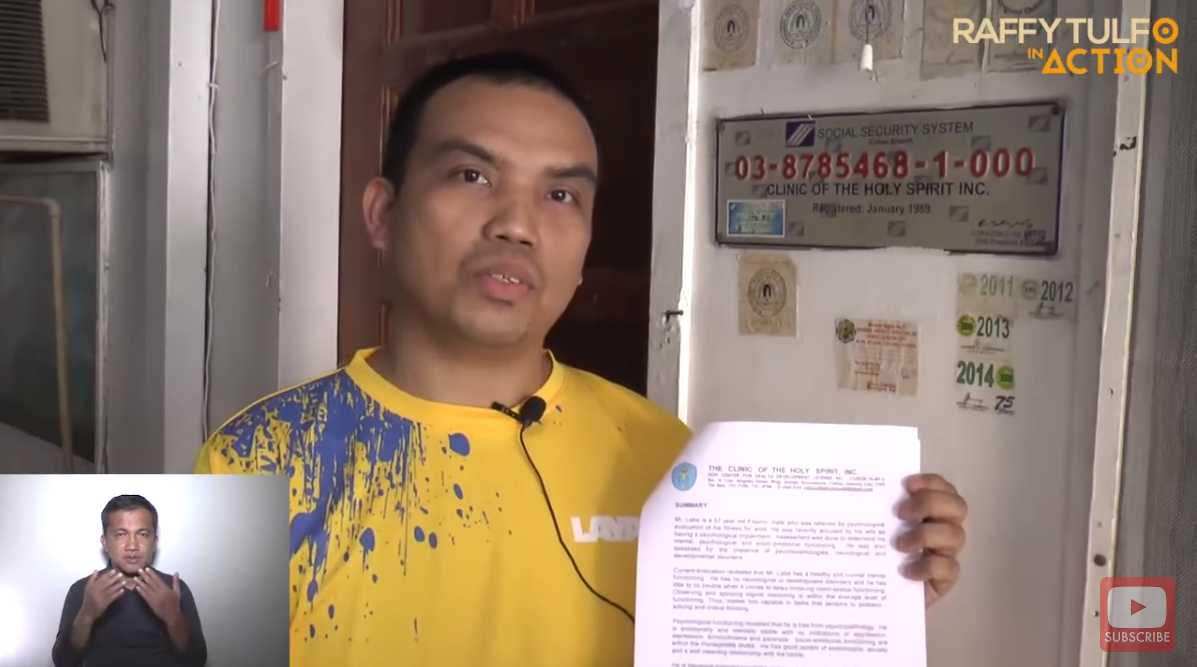 After he arrived in the Philippines, however, his wife didn’t follow. She’s now claiming he has a mental disorder.

Puzzled why Ian would readily follow what his wife wants to happen, Tulfo thought he might really have ‘something’ but Dr. Camille Garcia, a Psychologist at The Clinic of the Holy Spirit, Inc., would later confirm that he is ‘normal’ and has a sound mind. 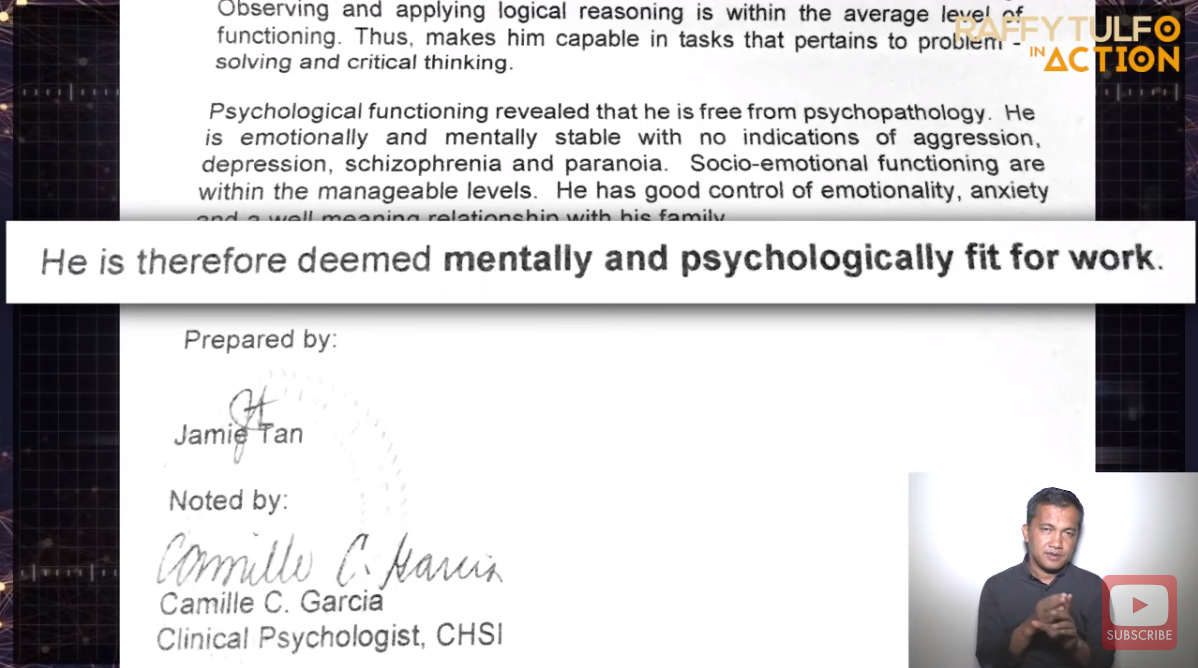